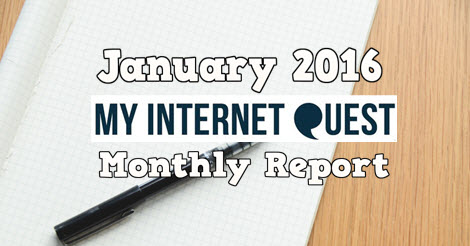 We finally reached the New Year of 2016 (Yaay!) and with a new year comes new visions and perspectives.

My blog has had a major leap in sales last month on December 2015 so naturally, everyone would be curious to know how it is faring this year in 2016.

Is it going good? It is dropping again?

As usual, we’ll get there soon enough starting from…

This is both a good thing and a bad thing if we compare it with last month’s stats.

The good part is that I got an increase in visibility – Namely traffic and social media.

The bad part? Is that sales dropped but we’ll cover that in a bit.

The stats doesn’t have much difference as compared to last year as there wasn’t any significant boost except for an increase in traffic.

Despite my goal to publish more and grow my site, I was held up planning my sister’s wedding which took up a whole load of my energy but even so, I did manage to maintain my consistency of publishing 3 posts on my site…

I have several reviews I wish to cover on based on the requests of my fellow such as the 4 Hour Workweek but I couldn’t find the time to review them.

February is also a busy month for me but I’ll try to maintain my consistency of one post a week.

As for my social media growth, here’s a quick look into last month’s stats…

Overall, Twitter seems to be the social media channel which have the highest growth for me compared to the others.

It’s much better to do business with as people Tweet to you as how they message people so it has become a thing – Sometimes I didn’t know that I’m actually asking people on Twitter rather than through WhatsApp!

Now let’s move on to…

The Sales – How Much I Earned Last Month

Overall, I earn $152 for the whole month of January – One commission from my Wealthy Affiliate program, the other is from a great keyword tool that I personally love called Jaaxy.

If you haven’t heard of Wealthy Affiliate yet, it’s an Online Business platform for those who are interested in building an online business out of any niche that they like.

It has everything you need to succeed online – Immersing lessons, dedicated webhosting, domain management, website analytics, live video lessons and a warm community of people from various walks of life who are just as enthusiastic as you are. 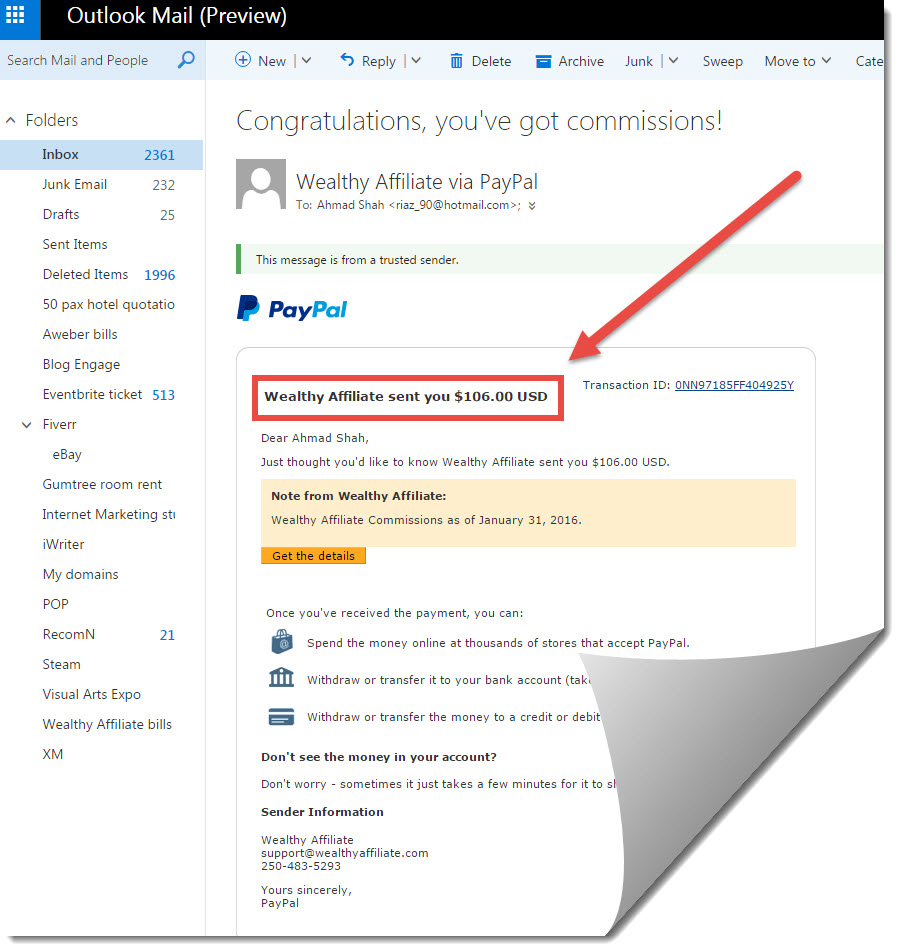 I earned $106 from Wealthy Affiliate.

The other program which is giving my commissions is called Jaaxy and it is actually a simple keyword tool which is also very efficient in helping you find low competition keywords to help you rank your articles on the first page much easier.

Every blogger needs a keyword tool and Jaaxy is the best choice for that as it is very affordable and simple to use compared to Samurai and Keywordtoolio which costs a bundle to subscribe to.

Here’s how much I earn from Jaaxy… 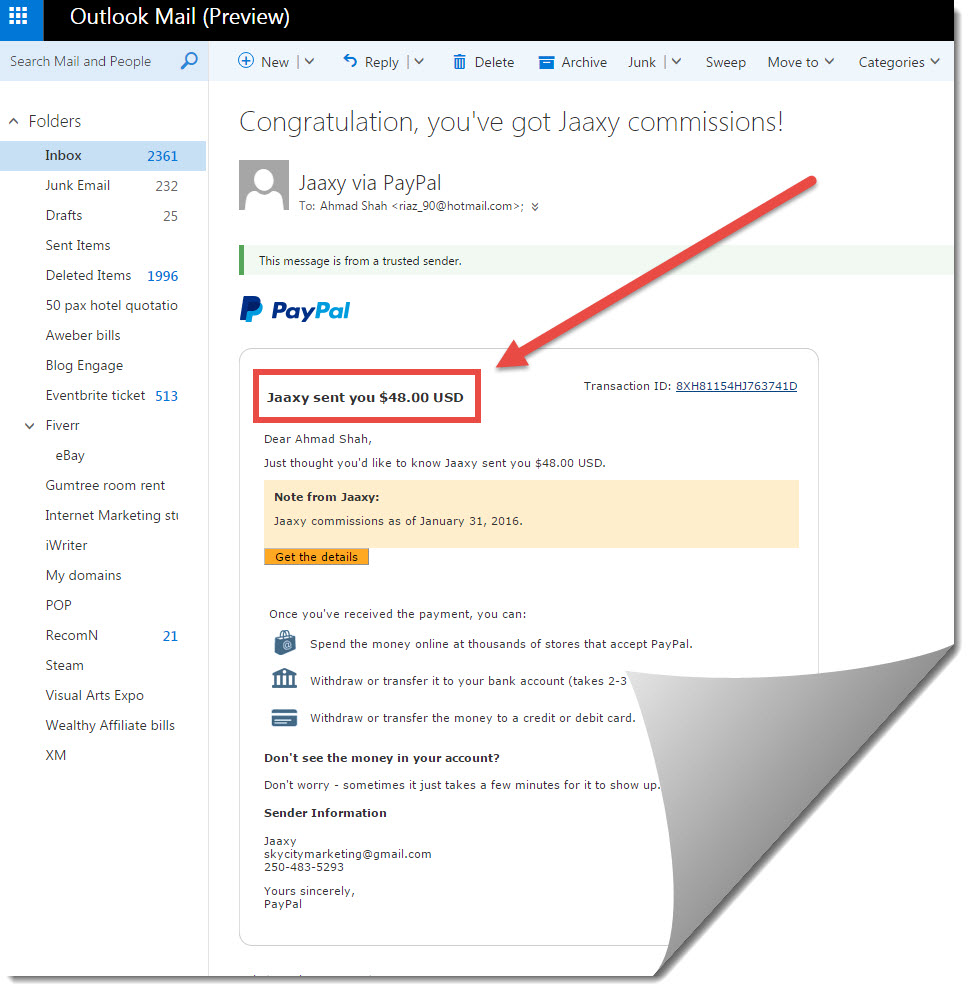 I do not earn much from Jaaxy as I do not put in much effort to promote it as how I did in promoting WA so I was quite happy that I actually did earn at all. 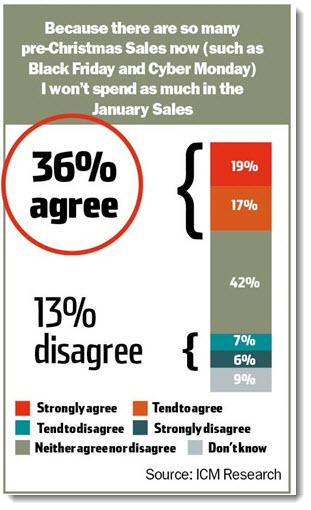 Now compared to last month’s earnings which was $400, it really got me into thinking hard because I had a 62% drop in sales which is really disturbing despite my slightly better traffic this month.

This is in fact due to a few reasons…

I wouldn’t worry about the downfall of my sales on January though, it’s quite normal as people tend to focus on other stuff, especially money for their children’s studies.

February should be much better and I hope I can bring my blog back up steadily.

Many things happened last month as always which left me with very little time to focus on my blog, the first being my time with my events company Kamira.

I organized an academic trip to Melaka! 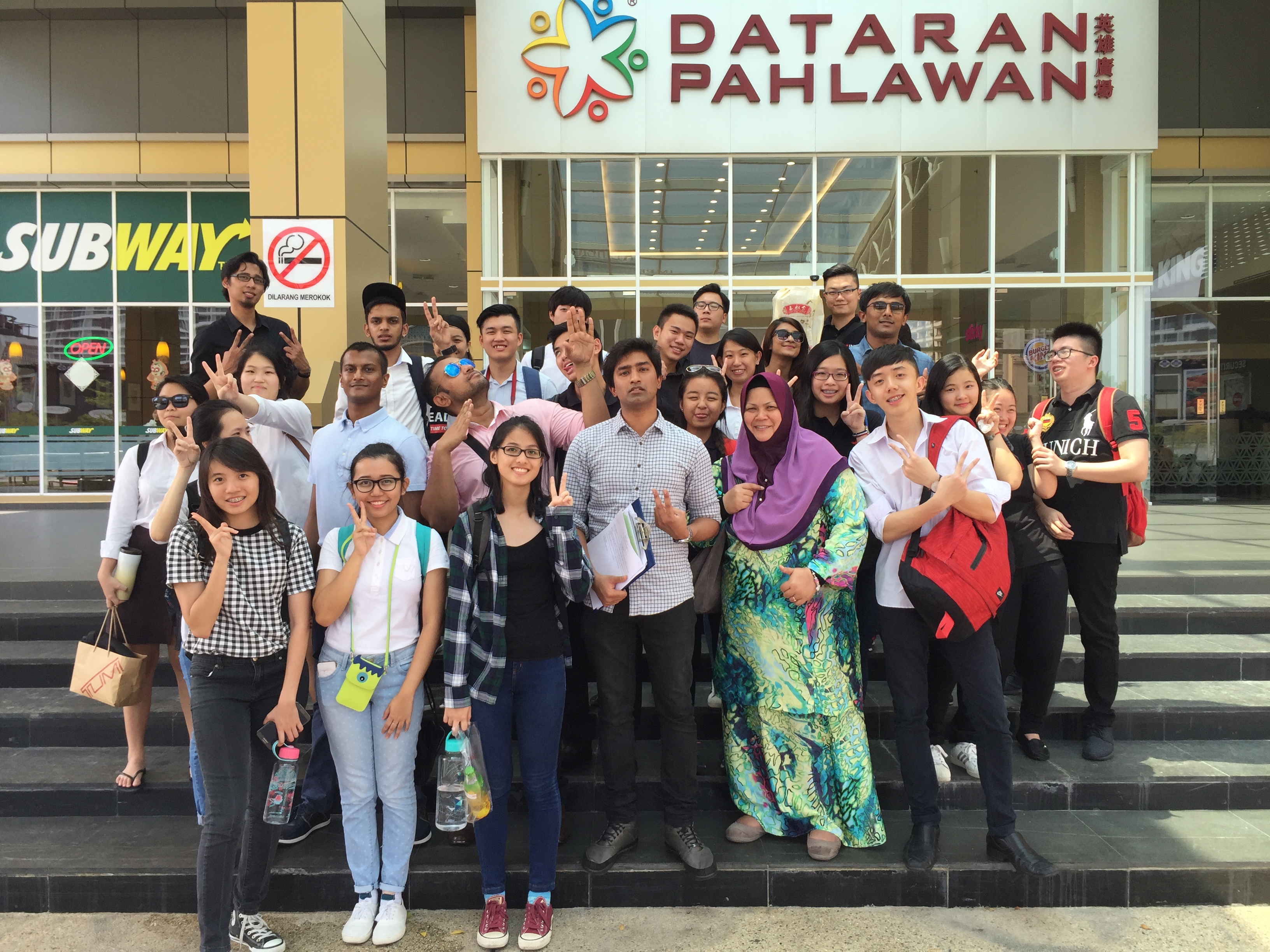 I’m the one holding the clipboard.

Inti College Subang Jaya called me to help organize a day trip all the way to the historical city of Melaka, here in Malaysia.

It is quite hectic for me because I have other plans and yet I have to juggle with organizing the trip for the students.

Reminded me of our college days!

Even after I told everyone to stick together, naturally some students do not want to listen and went on their own ways, they did not follow the timeline prepared and worst of all, couples keep on missing as they were thinking of the trip as their mini “honeymoon”.

I ended up explaining to attraction authorities on why we are late as I have made huge bookings from here and yet I have to stay calm and control the students so that they do not scatter.

It was a real challenge taking care of children and it has taught me patience, perseverance and respect for my lecturers in school which managed to keep calm despite those rebellious students.

I was invited to give a talk! 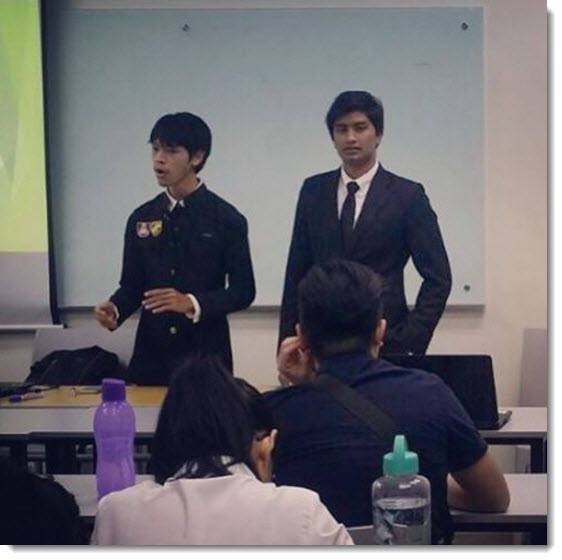 Me with my partner giving a talk at Inti.

I had given talks many times before in workshops and my during classes and practical but this was a whole different experience for me because it is in fact the first time a college had called me to give a talk to their students.

I felt very honoured to have given the opportunity and the reason they called me was because of my journey as a hotelier-turned-entrepreneur.

Nowadays, entrepreneurs are seen as the black sheep of the industry where most parents do not approve of their children doing so because of the high risk of failure.

It is not easy to start a company and grow it because we have to survive for several months without much pay and we have to work extra-long hours for it to have a great growth.

I delved into an area I have no experience in (event management) and I grow my company from start to have a sustainable growth which was indirectly intriguing some of the students in the college, especially those who took the same course as me.

I felt very motivated to work harder knowing that I chose the right path and people are starting to acknowledge my work. 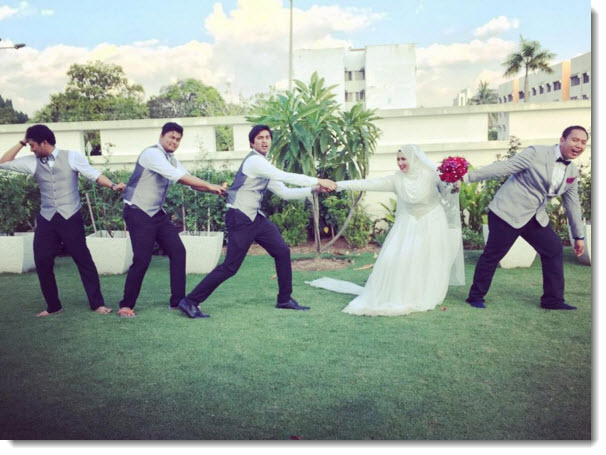 A simple wedding photo of my brothers, me, my sister, and my new brother-in-law.

Those two events were nothing compared to the time I spent planning my sister’s wedding.

It took up a whole load of my time and it was a very emotional thing knowing how fast life has passed by, especially with a member of my family is actually getting married.

It took up a whole deal of energy and focus to plan the event and I was trembling just giving the speech on the wedding day. 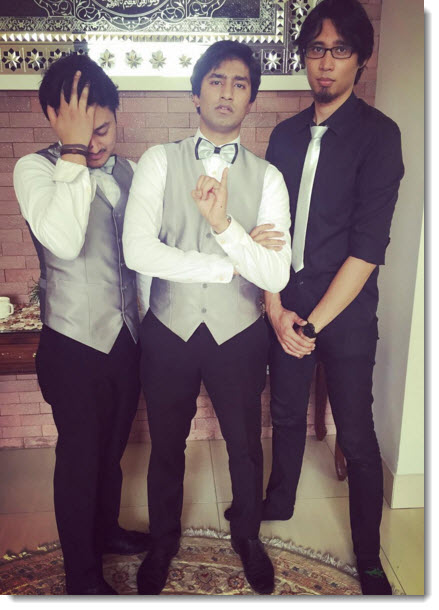 A picture of me with my partner on the right and brother on the left.

Like any other events, there were of course many last-minute changes and that alone took up most of our time because initially, we thought that we have finished preparing everything the month before.

We planned it as a family and of course as the elder brother, I did get a lot of pressure from the relatives and visitors asking me when my time is coming since it was my younger sister who’s married.

The wedding is still not finished yet though, because we still have the groom’s side to take care of which will be held on the 13th February, right before Valentine’s Day.

January was a hectic month for me but February will also be of no difference as I still have a lot of things coming up like the wedding itself as well my soon-to-come business trip to the Borneo island of Sabah which I will update on next month.

I expect that I’ll have very little time to focus on blogging as usual but the least I can do is to maintain my momentum by posting every week so that my traffic remains steady and I can continue anytime when I have the time in the near future.

It is a great experience doing all these things at once as it gives me a sense of urgency and it keeps my mind occupied and I know that I’m on the right path in life.

Thanks for reading as always guys and until next month, I’ll keep you posted in my emails (Do subscribe if you haven’t!)

Have a great Chinese New Year, or better known as the Lunar New Year!