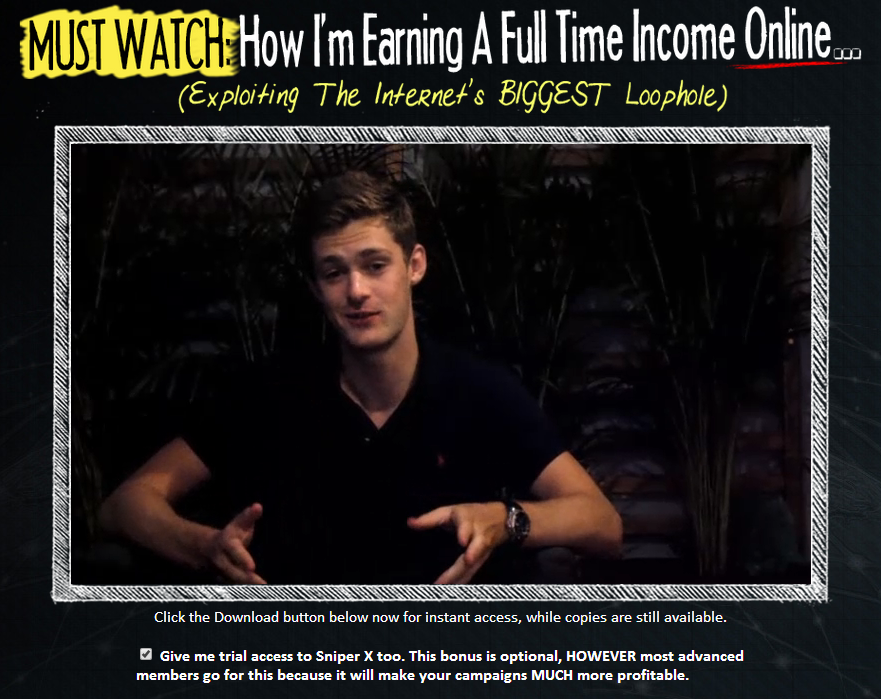 One thing you have to bear in mind when it comes to buying products online is to look for the trial.

But scam products DON’T usually give trials because they know their content sucks and if customers manage to get a preview and see how bad it is, they won’t probably buy, would they?

When I first laid eyes on Google Sniper 2.0, my Spider Sense was tingling due to the fact that there wasn’t any trials.

So is it a scam then? YES I totally fell for it and here’s my review.

Update: There is another version of this program called Google Sniper 3.0 which I have of course, made a review about it as well here.

So what Google Sniper 2.0 all about?

Based on the product, I discovered that basically, the whole training is about making money online through websites that you need to make and by implementing his system, your website can gain high Google ranking in a blink of an eye (Or so he says!).

If you’re new to internet marketing, getting your website on the first page of Google actually takes up a LOT of time and effort.

Meaning you CAN’T actually get your website on the first page of Google and make millions in a jiffy as he claims.

See how he scams newbies?

Bear in mind though, that Google Sniper 2.0 has NO connections whatsoever with the Google team which that Google can actually sue them if they want for misusing their name!

However this review can be considered outdated because George had just recently launched the newer version of this program called Google Sniper 3.0 (You can read my review here).

Why is it a scam? 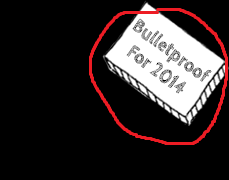 You might have noticed that he wrote there “Bulletproof for 2014” .

Because after the recent Google Panda and Penguin updates, it is now harder to get rankings in Google search compared to last time. Take a look at these comparisons. 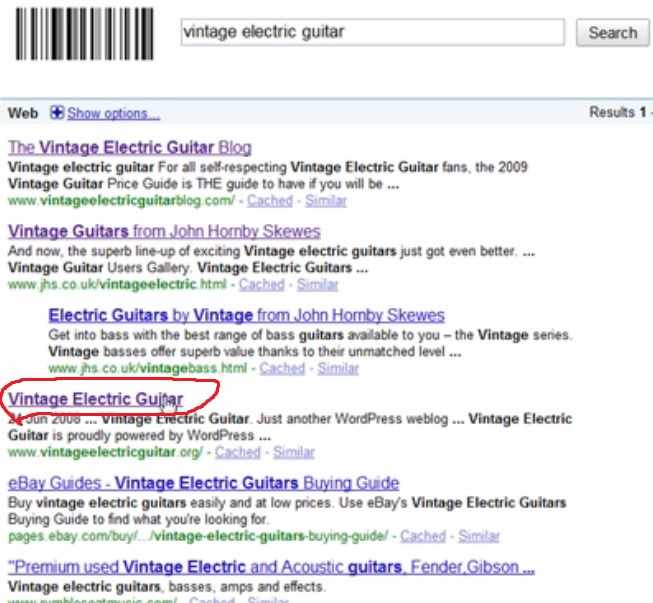 Which means that George’s trick was before Google updated. Let’s see how his website fares now in 2014… 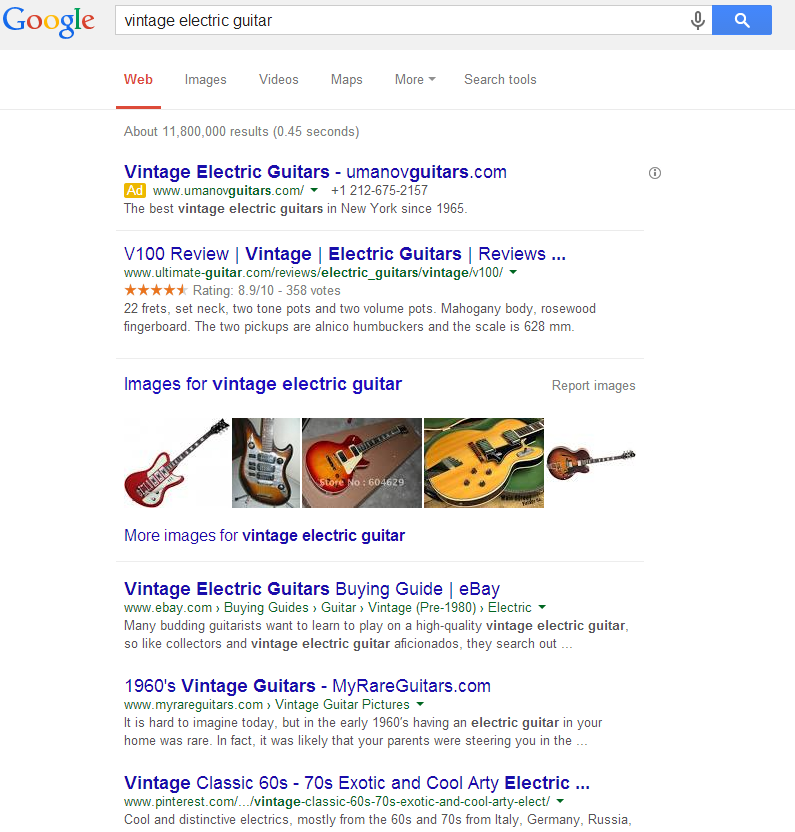 As you can see from my screenshot above, George’s website is NOWHERE to be found. This shows that Google Sniper 2.0 is very outdated and does not work today anymore.

People are already cautious in the offline world, what more of online?

To ensure that your product is trustworthy, online marketers often have money back guarantee policies on their products such as Dot Com Secrets X, Wealthy Affiliate, even Coffee Shop Millionaire.

Reason being is that they are confident with their products enough to let their customers try beforehand before buying. Google Sniper 2.0 on the other hand, does NOT have trial which is a clear sign of no.

Reason #3: Many many lies

One thing I hate the most about these sellers is that sometimes they tend to hype you up but NEVER delivers.

He also uses the name “Google” on his product to create an impression that his product is approved by Google even though it isn’t (I would love to see Google suing him).

This is another big lie because there are many products that have stood the test out time and still manage to deliver honest results compared to Google Sniper.

There are 3 pricing tricks that George implements on every visitor who are unfortunate enough to stumble upon his website. 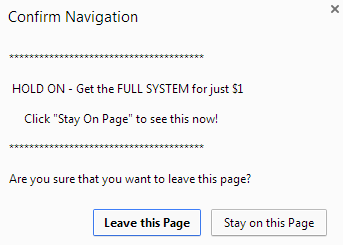 Pricing trick 2: $1 trial for 5 days, then a one-time payment of #67. You will only get this choice if you’re planning to exit but a pop-up blocks (see picture).

Reason #5: Back links are destined to fall

One of the biggest tricks used by George in Google Sniper 2.0 is using back links for your website. Here’s what the “Real” Google have to say about that. As you can see from the video, Google is slowly taking down the power of back links fro websites so it won’t be beneficial in the long run. Just in case if you didn’t now Matt Cutts, he is the Head of Google’s Webspam team and it is very wise to heed his words.

Want to Build a Real Online Business? Check Out My #1 Ranked Program Here!

Compared to Google Sniper 2.0, there is a program that I’ve reviewed which does way better and helping you build your website, boost your SEO rankings, monetizing it as well as saving you more money (It’s actually free) and that is called Wealthy Affiliate.

Here’s a quick table comparison of how these 2 programs differ:

With so many evil tricks implemented by Google Sniper 2.0, I believe you do not need me to tell you to stay away for this product.

George Brown will probably try and make another version of Google Sniper and name it with a 3.0 (Update: He already HAS! Click here to check out my review of Google Sniper 3.0) or 4.0 or even 5.0 and you’ll probably be tempted to try too so do remain vigilant. Once a scammer, always a scammer.

As Laurel Lance from Arrow would say, “One you let the darkness inside, it never comes out”. If you have any personal comments or thoughts about George Brown or Google Sniper 2.0, do share with us below!