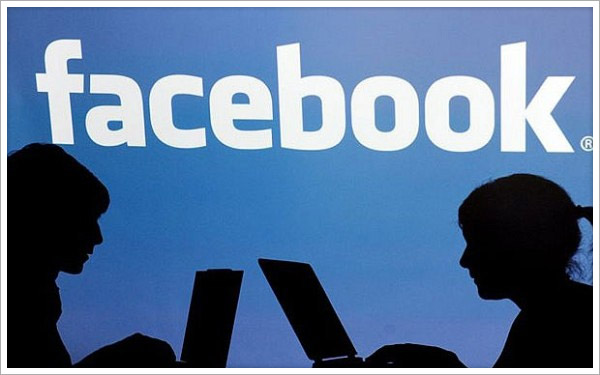 We all have that one friend in Facebook that we just really hate and didn’t want to talk to.

Sometimes though, we would even start to wonder, how did we know him in the first place?

As annoying as that person seems, sometimes the best solution to that is often the harshest one which is deleting or blocking.

Blocking however, is easier said than done because not everyone has the guts to do so.

This is because some people (Like me) have a soft heart that they don’t want to hurt another person’s feelings because we just have this conscience or principle in life that we just have to be kind to everybody.

Lucky for us, Facebook has developed even more today that when you block someone, that person will never find out!

Blocking someone will cut off any FB connection you have with that person right down to removing the tagging!

You don’t have to worry about the side effects of blocking someone because truly, I can’t think of any.

I would advise you to block instead of just clicking on “unfriend” because when you unfriend someone, that person can always add you back and harass you.

Here’s some of the effects that will happen when you block a person:

The steps are extremely simple, you could literally block that person in less than a minute.

Facebook has developed its systems repeatedly so that you’ll have more enjoyment when using it with less harassments from spammers and stalkers.

You can just click on the person name anywhere or even search through the FB search box. 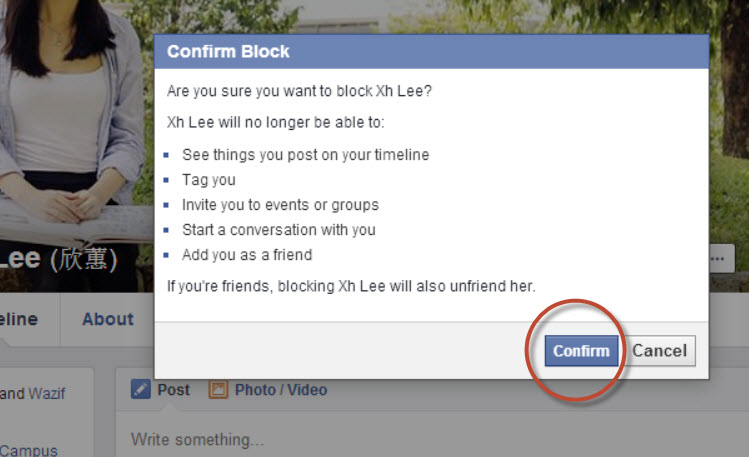 When on the profile, just look for the three dot symbol (…) and click on that.

It will open up a drop down so from there, click on the bottom-most choice which is report/block and voilà!

Now you can enjoy a bully-free Facebook environment without having to worry about hiding and pretending you’re not online whenever that person’s there.

Believe it or not, blocking those annoying spammers and stalkers actually has it’s benefits:

1) You can focus on better things

Don’t you just hate it when you’re trying to do work and someone you don’t like bothers you?

I often get gay wannabees (Because all of them were guys) who constantly bother me while I’m on Facebook and saying things like “Hi”, “Hey”, and “What’s up?”

It’s not wrong for a person to say that but nobody says that every minute or two just to get your attention.

Worse, I get disturbed every day and it’s very disturbing at times, especially when I’m having group discussions on Facebook for work.

But after blocking those spammers, I can focus better and finish up my work faster.

Sure you can stand up for yourself but always remember that there are other people usually younger than us who keeps getting bullied online.

If we keep a blind eye to this threat and not take action, those bullies won’t get the message and just move on to their next target which they find more gullible.

As a Good Samaritan, blocking these abusers or even reporting abuse will teach them a lesson and even give Facebook a message to check out their profiles whether is it true or not that they have been harassing people.

When more people take action, the number of cyber bullies will drop faster than a speeding bullet.

3) You take control of your life.

If you’ve been a Yes Man all your life, saying No and taking action to defend yourself will help start open up yourself to a world of possibilities.

You feel like you can take command of your own life instead of letting others take advantage of you and this my friend, is your first step toward personal success.

You will also learn to appreciate things more as what you do depends on what action you take.

It may be nothing but blocking a person in Facebook can teach you a number of things.

You’ll start taking control of your life by this little step and before you know it, you’ll be making bigger decisions in the near future so don’t be afraid to give yourself that chance, it’s literally just a click away!

For more information on social media optimization, check out my review of Wealthy Affiliate here.

Social Media Tips
19 comments to “How to Block Someone in Facebook without Them Knowing?”