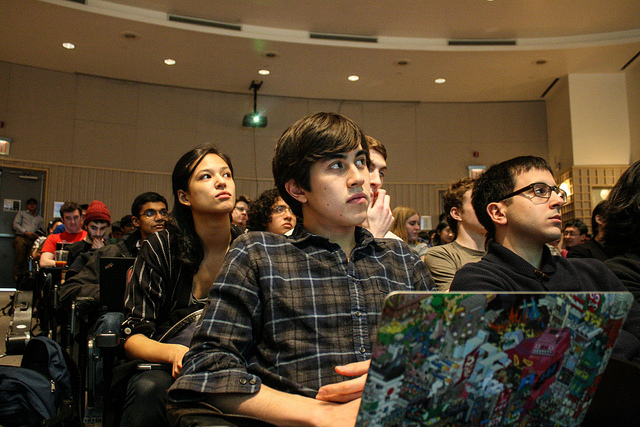 Have you recently gotten an email (or emails) about a product or offer that someone is promoting to you?

If yes, than you’ve just experienced your very own solo ad!

That means someone is targeting you and is hoping that you would buy something but don’t worry, everyone experiences solo ads especially since Christmas is near.

If you’re wondering on what is this solo ad thing or what does it mean, here’s my advice for beginners…

What is a Solo Ad? – Is it the Same as Any Other Advertisements?

A solo ad is an email advertisement opportunity that you get by leveraging someone else’s subscriber list.

It is a great and effective form of marketing because you are leveraging a buyers’ list as all of those people subscribed on their own terms so that means they have an interest in getting information which means if you use that opportunity to synchronize your ad, it will fit in perfectly.

That’s because you can only do it ONCE as most list providers (People with a list of subscribers) really care about their subscribers and do not want to risk spamming them with advertisements.

Because of that, they can only allow you to promote once and with a certain fee at that because with every solo ad sent, they risk losing their own subscribers as well.

Are Solo Ads Effective? – Probably the Most Common Questions I Get.

Of course it is!

As we know now that in order to execute our solo ad, you need to find a person who has a great list of subscribers and usually, these providers (Also known as solo ad vendors) get their lists from their websites.

Have you ever been to website and signed up for a newsletter? (I’ll be doing my own newsletters soon too!).

Well usually, solo ad vendors get their list from those exact people that subscribed!

And if you recall reading your emails, you don’t really get ads promoting other websites or other offers do you?

Solo Ad is an expensive business because it involves nurturing of the list and proper planning on how to make your ad look professional and not spammy which is why it is very effective.

Do You Need to Pay For a Solo Ad?

If you don’t want to risk yourself as a spammer, then YES you do!

Paid advertisements are often the best choices of marketing because you will be having quality audience of what people will usually call a “buyers’ list”.

Of course there are free solo ad providers but trust me, all of them are pretty much useless because NOBODY seemed to buy my product!

Free solo ad providers are a complete waste of your precious time and that is why I advise you to go for paid ones because those are the real deal.

That is why if you are keen on going on the path of solo ads, you are advised to prepare some money.

How much should you prepare you ask?

I know it’s a huge amount but it’s better to prepare than take risks when it comes to solo ads because at the end of the day, you WANT to make a profit out of all that spending wouldn’t you?

Besides, the bigger the amount of clicks you buy the cheaper the price 😉 .

Can Anyone FAIL a Solo Ad If its So Effective?

Take a look at this screenshot of an email I received and tell me that looks okay.

An unfinished solo ad which was being sent to me

As you can see, ANYONE can fail a solo ad!

I mean he just called me “Hey First Name!” when I clearly have a name!

Here’s a tip, whatever you write on the body isn’t really important as people will read it anyway because if not, I wouldn’t have known that that person has mistakenly called me “Hey first name”.

But the most important part of a solo ad is the title because that’s what attracts the readers to open up your email.

Of course the body is just as important (Especially the name) but without an alluring title, what makes you so sure that anyone would want to even click on that solo ad in the first place?

Here’s what the title of that solo ad is… “Riaz, HUGE Spendable Cash For The Holidays!‏”

Doesn’t that sound clickable to you?

Especially when it’s literally 3 days before Christmas, it further gives all the more reason for you to click on that!

Tips for Writing Your Own Solo Ad.

Writing a solo ad isn’t that much of a deal because to be honest, even a 10 year old can write one.

In the Internet Marketing industry, solo ad write-ups are known as a swipe file or an ad copy and here’s my template that I personally use and so should you…

A = benefits such as earn money, lose weight or get a girl to like you.

Here’s an example of a full sentence…

5 ways to get a bikini body by spring guaranteed!

3 ways to reduce 35kg before Valentine’s!

Of course you can alter and adjust according to your liking but the impact would be much better if you add in details in number.

Whether it’s the amount of money that you can earn or amount of weight you can lose, those are proven to catch the attention of the readers.

Writing the body on the other hand, it simpler because you only need to write as though you are writing a personal email because at the end of the day, a more personalized ad is better than any corporate ad.

Solo ads are a risky business but it can be fun after a while.

Don’t forget to set aside a huge sum of money, find the right solo ad vendors and keep testing your email swipes and before you know it, your expenditures are turning into profits already!

Do share your thoughts and experiences as I’ll be more than happy to reply 🙂 .