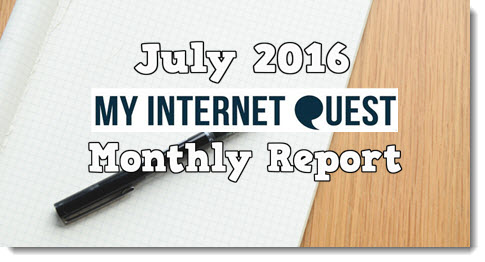 If you’ve been following my journey so far, I talk about how consistency is key when it comes to blogging.

I made a mistake of leaving my blog for 3 months last year and it costed me dearly.

I had excellent growth but then I lost my rhythm and my blog stats went down again so I picked up the pace and continued blogging after.

From there, everything went super well in terms of traffic and sales. Everything was going on well until I made this sudden disappearance…again!

I left my blog from March 2016 all the way to June 2016, a whole 5 months which was even worse than my previous 3 months hiatus.

So how did my blog fare throughout my absence? Read along to find out…

The Stats – Starting from March to June.

Truth be told, I was actually pretty scared to even open my Google Analytics and look at the stats.

I know the sight wouldn’t be pretty to look at what with my blog having no new contents for a whole 4 months but I went on and checked anyway because I had to face the facts.

It took me 4 days to gather enough courage to do so and without further ado, let’s have a look at the first month of my disappearance – March 2016.

As I expected, the visitors drop but it wasn’t too bad of course, as I managed to get 3,079 visitors within that month which was a wee bit lower than previous month’s 3,197 web visitors.

Interestingly enough, my blog stats actually went up a notch – It jumped to 3,276 visitors!

That’s a great improvement seeing that I got an increase of close to 200 visitors.

Surprisingly though, traffic went upstate and rose to 3,840 visitors!

It was my first time reaching that number ever and for 3 months of doing nothing? What’s the catch?

The catch was that I was featured in the Blogging Thing!

A super blog packed with potential to explode in massive traffic and fame in just about any time by now. 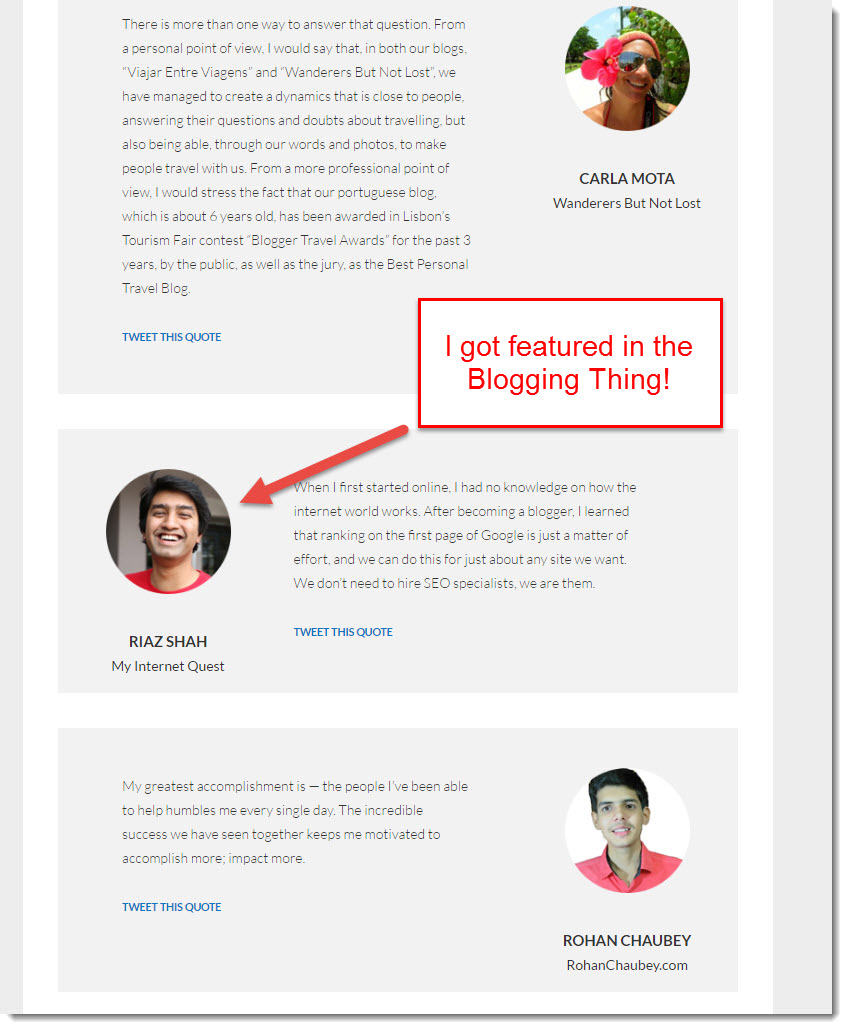 I got featured in the Blogging Thing!

Because I was featured inside, my website was linked and so is my name which gave me traffic back hence the sudden spike.

Still, I did not carry on the momentum so guess how the stats go in June 2016…

I had only 3,739 visitors which about a hundred lesser since last month.

Did I continue and learn my lesson from there? Nope, because again I left my blog for another whole month.

You type slower, you lose your momentum, and you get distracted really easy (This is the perfect time for me to try and tell you to NOT stop blogging!)

Never leave your blog more more than a month, everything becomes hard to pick up again believe me.

What’s amazing however, was that my traffic went up to 3,909 visitors but if you look closely at the end, it went down really bad.

I can only imagine how bad the graph will look like in the following month if I did not take action but lucky for me, that gave me the push I needed to go on.

So how did my social media channels fare throughout my absence? Here’ a peek…

Before you say something like “How did some of my social media channels boom??” or “I thought you were inactive??”, let me explain.

Even when I’m not active in business, I still share my life’s journey on those accounts – I only mix my posts sometimes with that of my new blog posts to maintain the personal touch.

After all, plainly promoting and talking about work all day long is what’s making your blog unattractive and spammy hence the lack of followers.

As for the business accounts for Twitter and Facebook, those are the ones I use solely for my blog which is why I left those ones completely untouched.

Now that we’ve got the stats down, I’m sure you’re just dying to have a look at…

Is My Blog Still Making Sales? 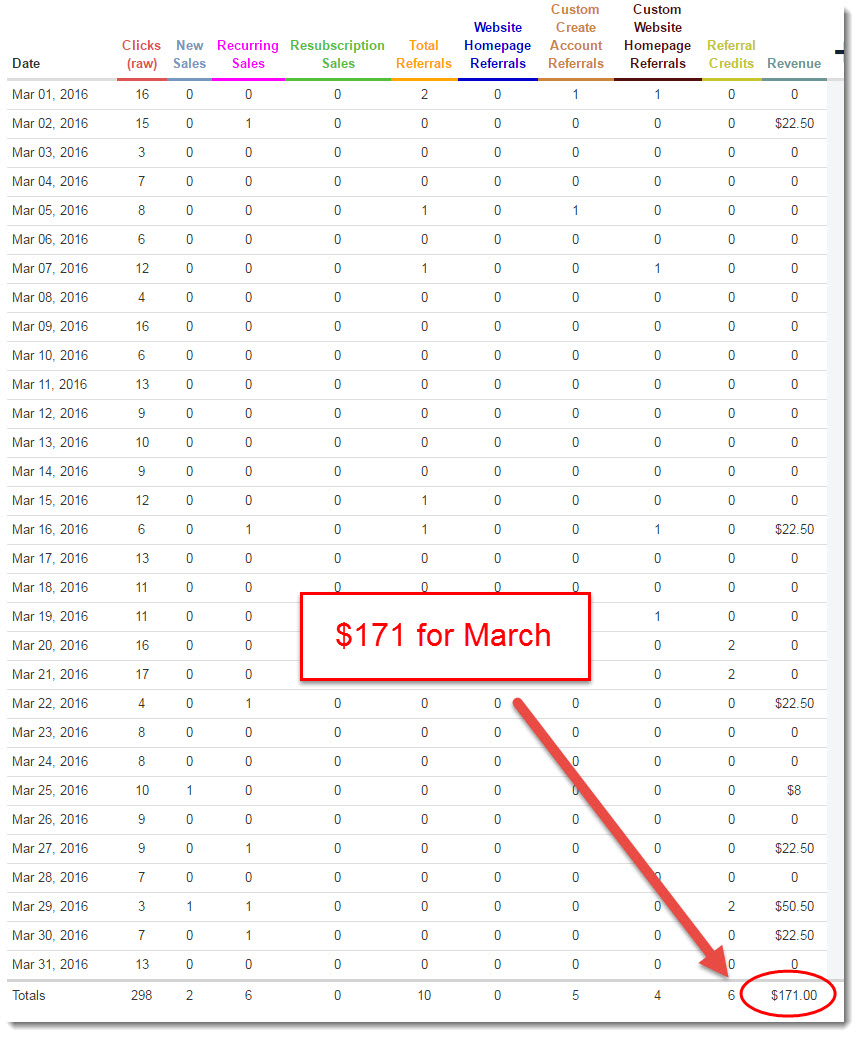 Which made me wonder, did the momentum carry on to the next month? 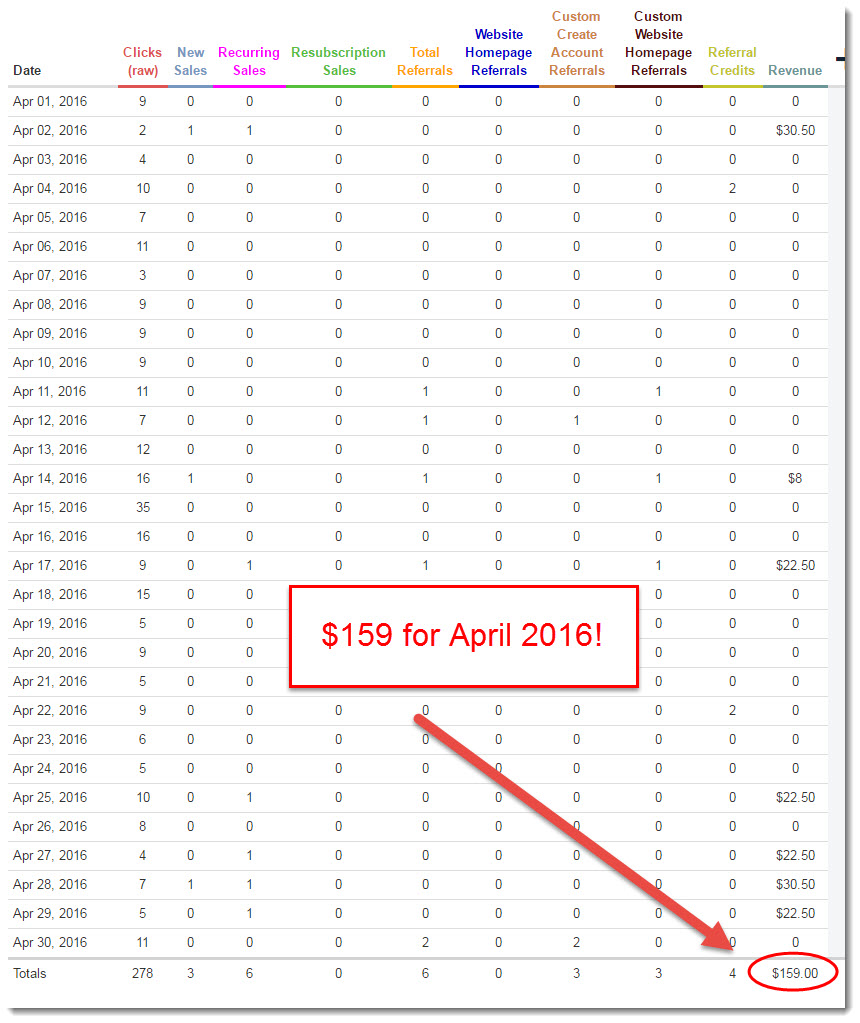 Moving on to May 2016, things are starting to get worse.

I made only $112.50 and that was a clear sign that my blog was definitely going down. It’s painful to see but I had to open up my eyes because that blow gave me the motivation i needed to work harder… 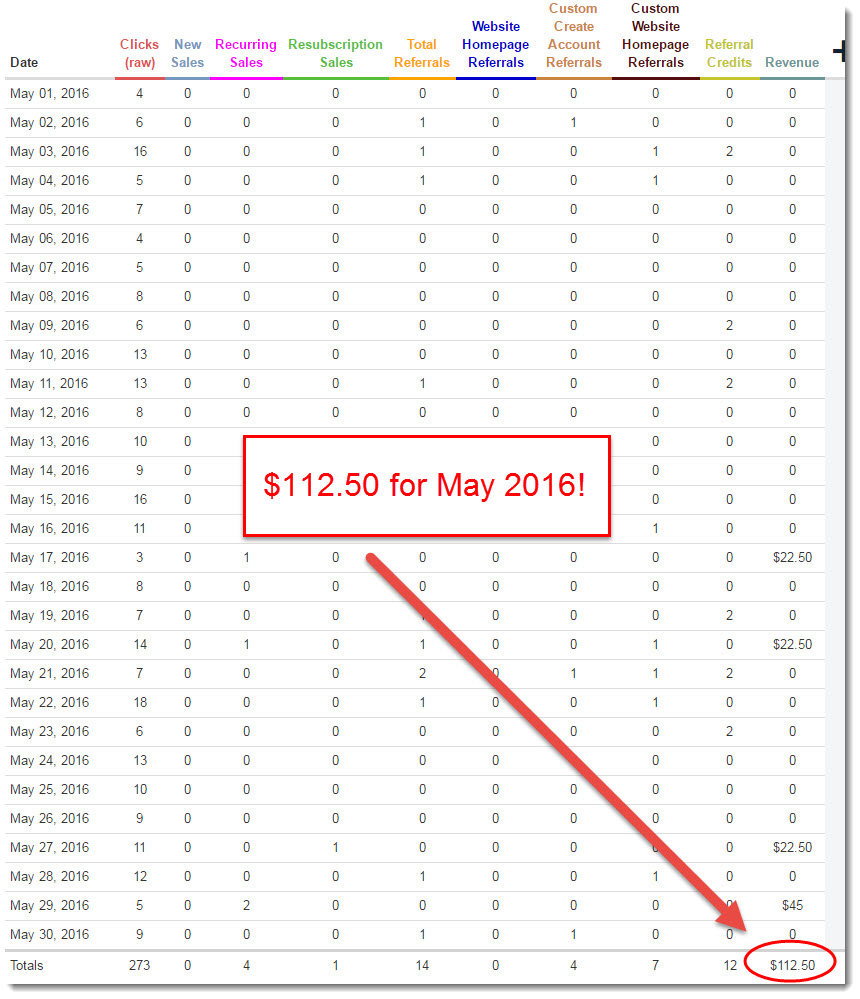 That was by far the worst fall that I had ever experienced and that was the call I needed to wake up and continue blogging. 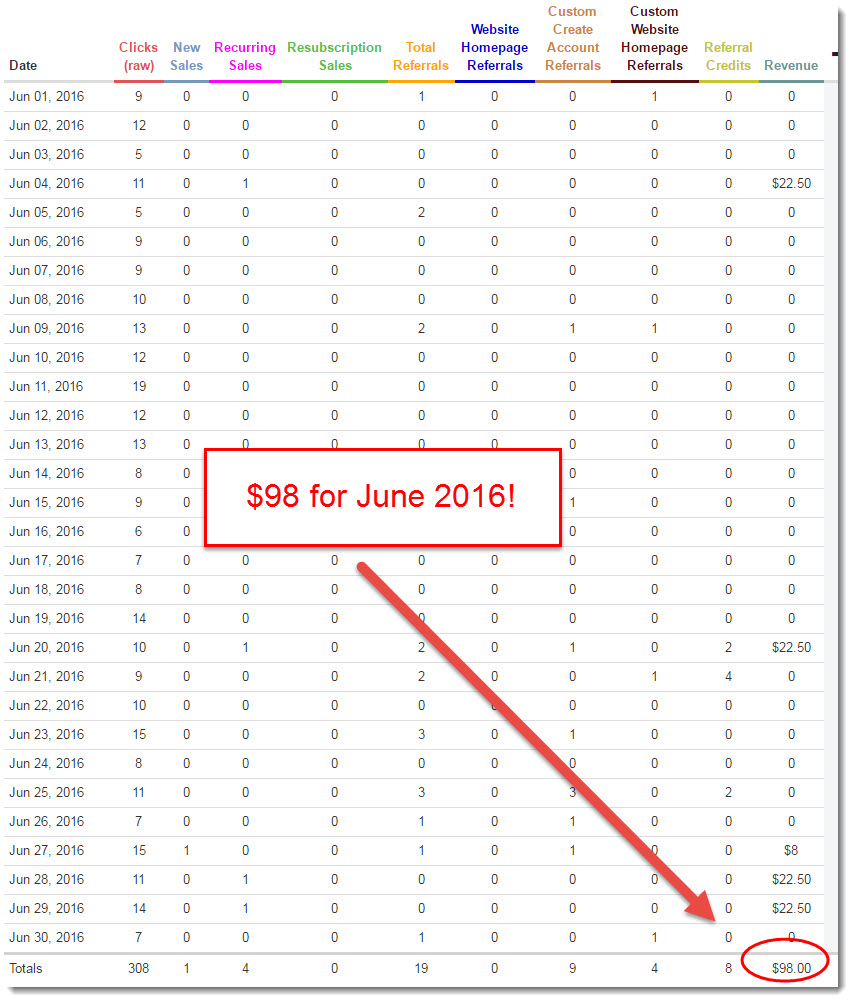 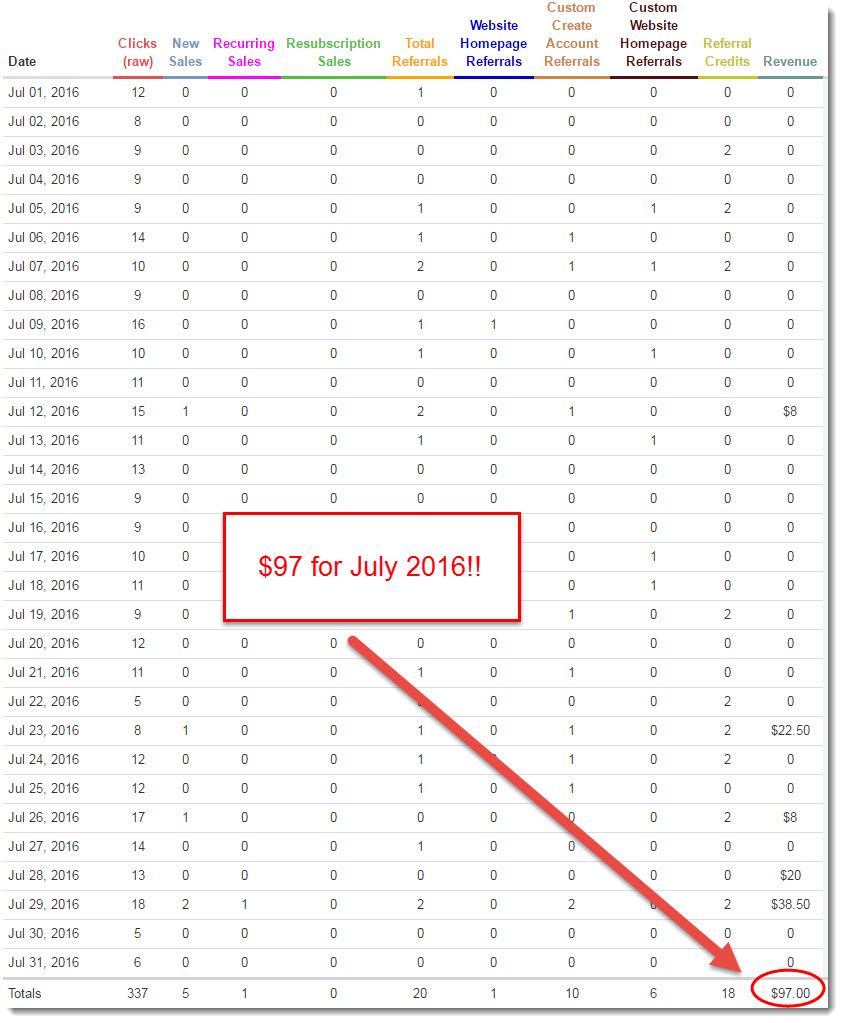 The past 5 months I was away had really affected my blog for the worse.

What Happened Throughout My Absence? 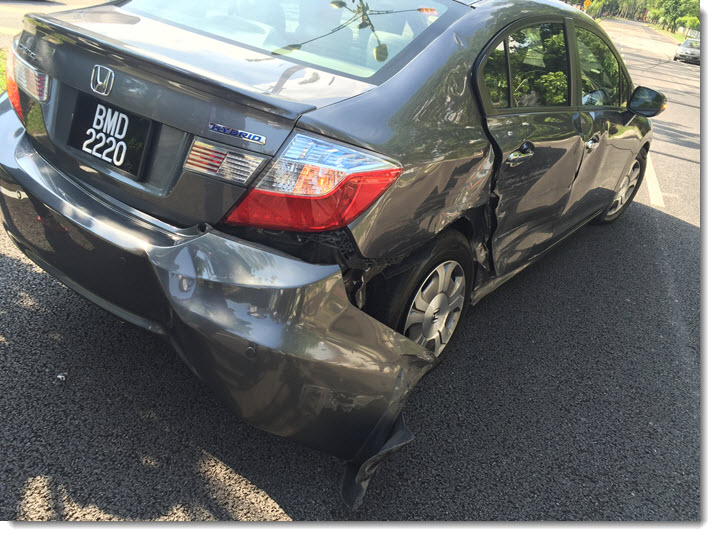 I was hit from the side.

There are a lot of things which kept me away, we’ll start with the first…

It happened on one lazy afternoon while I was picking up my car after I just recently polished it.

As I was driving the car back home, a car was crossing the road without looking and came crashing into my car from the side all of a sudden as if I was a target victim in that Arrow TV series.

My car was totally damaged, it turned 180 degrees and the doors couldn’t be opened. The tires punctured and rims bent.

I jumped to the passenger seat to go out from there, and the shock made me lie down on the tar road while other cars were driving (Extremely dangerous. I know).

Lucky for me, my brother-in-law passed by and helped me out.

I quickly got up and shouted at the man who banged me and told him I’m reporting him to the police so off I went there.

I held in the pain in my chest all the while until finally I was able to get to the hospital which I made into my last priority because hospitals in Malaysia take about 3-5 hours of waiting, even in emergency rooms which was very slow and time-wasting.

I fainted because of the pain and woke up on the hospital bed with an IV.

Don’t worry guys, no major injuries and although I was broken externally, at least I’m okay internally. Or so it seems until…

I went through a breakup.

It’s one after another I guess, because a month after the accident the love of my life left me.

After several months with her, I wanted to show how serious I am so I approached her family personally to know if they are okay with me being with her.

The family was okay with me (Which wasn’t a surprise knowing how charming I can be… until she told me that she couldn’t be serious with me because she still loved her ex.

I asked her a question she couldn’t answer, that if her ex would come back to her, would she leave me for another man?

She couldn’t answer and shortly after that night, she called it off.

I was heartbroken even until now and I lost my will and motivation which is why I couldn’t find the drive in me to continue working on… just about anything. 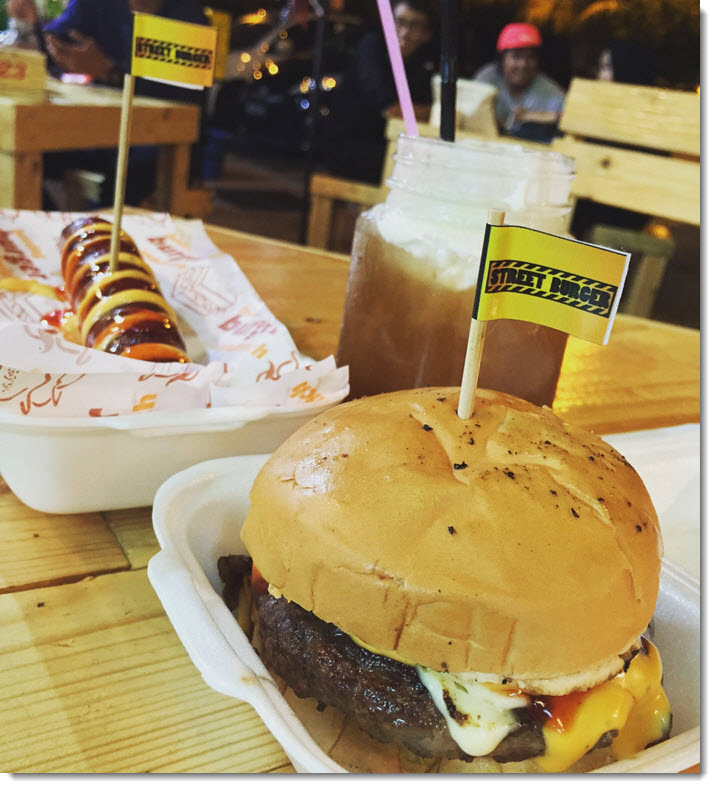 One of our best selling burgers, the Gangsta Burger.

Time heals so a month after, I began to slowly pick up the pace.

I didn’t want to write about my personal problems here but I thought that it help to write things out and not keep it in my chest.

The main reason why I disappeared for so long was because I worked in a burger company called Street Burger. 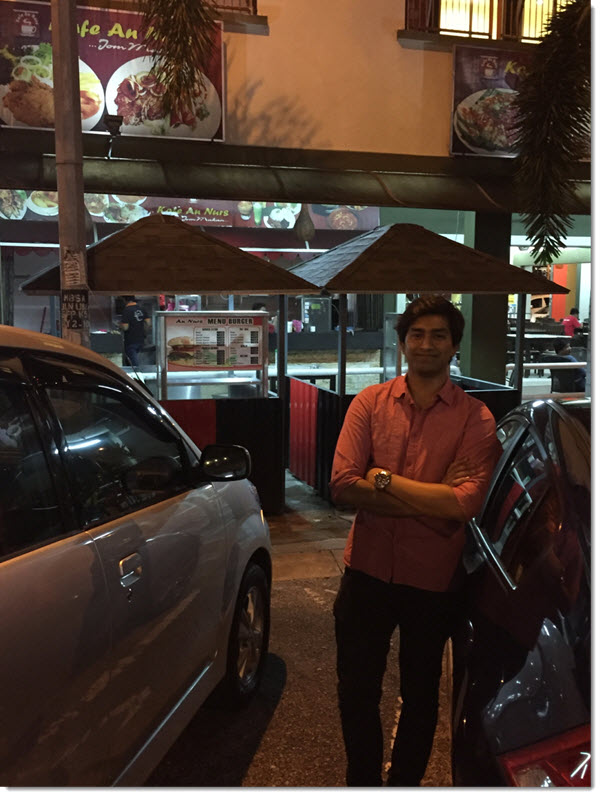 Me at one of our burger stalls.

It actually belonged to my brother-in-law and though it doesn’t have a website, don’t be fooled by how many burgers he can sell a day!

The concept is as the name implies, burgers by the street so we operate burger stall franchises.

After I got in, I helped open 3 more franchises around Shah Alam which was the city I lived in.

Because the owner was my brother-in-law, I wanted to help him out as he was family so I offered to work with him and evolve his company to grow faster and boost his profits.

I have my own startup event company which I am already running so with that particular business backing me, I was able to grow Street Burger through events.

I did various openings, contests and gifts which made a burger stall look very corporate and professional which really impressed his directors, but not enough to fund him for an explosive growth. 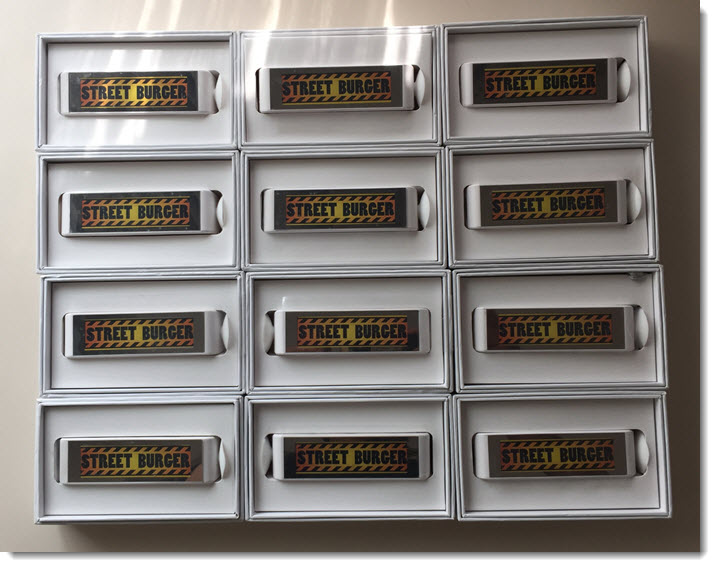 The power banks I customized for them.

So with my culinary and management skills (Yes, I love cooking and I am also an ex hotelier), I created new recipes for Street Burger.

I created the special sauce, the cheese sauce… 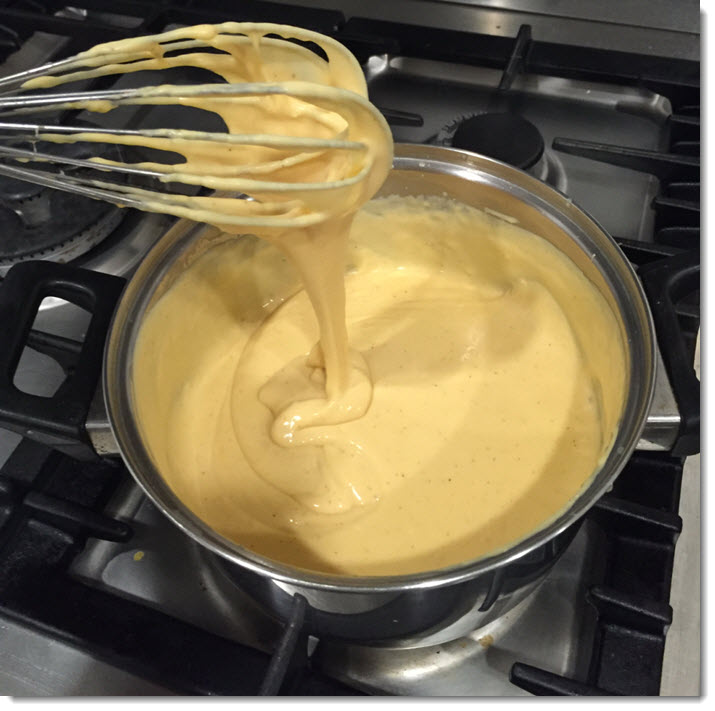 The cheese sauce I made for them.

…And down to the buns itself! 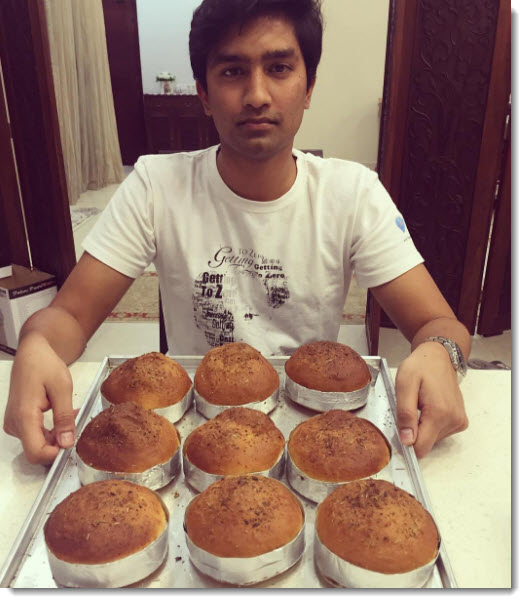 Yep, I can bake too.

And may I say, they taste absolutely amazing and they’re expensive too since I use butter instead of shortenings because who doesn’t like butter?

I worked for Street Burger as the CFO for 4 months before I finally left end of July 2016 which is why I have more time now to blog and focus my attention back to KAMIRA Event Management, my own sweat and tears startup.

Street Burger is doing well now and with the changes and recipes I’ve left it with, investors are more confident in funding them.

It’s been a really long while since I’ve written anything and boy, was it tough to start touching the keyboard again!

This article itself took me 2 days to write and for 1,900 words, I guess I did pretty good because I’m actually a slow writer.

It’s still possible though, and I aim to grow back my blog and get back my fiery blogger spirit.

Thank you so much for being my loyal reader guys and for those having their first times here, I hope my monthly reports help give you a heads up on how the Internet marketing world works.

Till the next report!