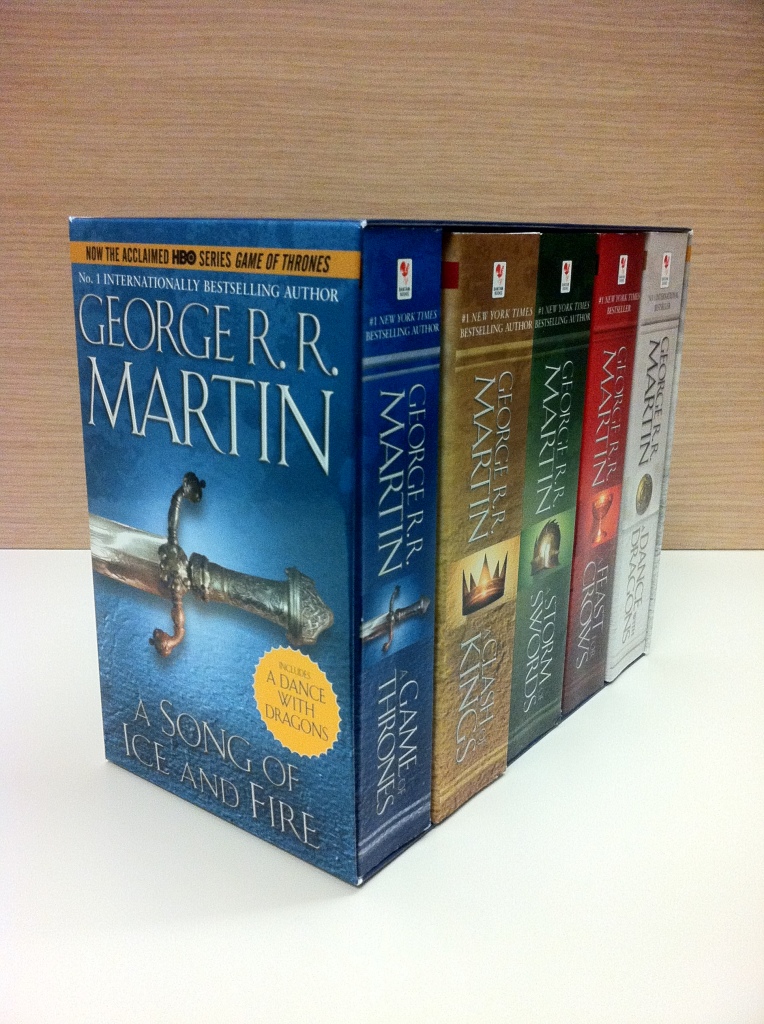 My collection of Game of Thrones books

Who doesn’t love Game of Thrones?

Although it is just a series, do not take Game of Thrones for granted as just another normal movie because there are also great life lessons you could surprisingly learn from it.

After months of constant re-watching, I have watched enough Game of Thrones show to realize that even though that was a medieval era, there are also lessons that could be learn from there:

1) Life is full of surprises

(Spoiler alert) Have you noticed that your favourite character always seems to die in that show?

When I first saw the show, I was hoping Rob Stark will survive the war and maybe win it but I was shocked when he suddenly got killed by an ambush at a wedding which no one would expect.

Because not only Rob was killed, his whole army of thousands were killed too on an ambush.

I was hopeful still because maybe that was just an accident that he died.

So I chose another character to be my favourite which is Prince Oberyn because he looks so macho and he said “I won’t die” which looks pretty convincing.

So when he started fighting The Mountain, he surprisingly brought him down when nobody could!

But suddenly, The Mountain got back up and killed Oberyn with his bare hands which was the ultimate surprise nobody could expect.

So from there, we just know that in life, fate has a way to bring down your plans and turn down to dust no matter how hard we think we planned.

As Tyrion Lannister used to say ““Never forget what you are. The rest of the world will not. Wear it like armor, and it can never be used to hurt you.” (I know, I know, it’s a really awesome quote that sends you the chills).

In Game of Thrones, there are countless of people who have a great story because they move on and push their limits using their weaknesses as their reason to move further.

Jon Snow is bastard who isn’t wanted at the castle because Caitlyn Stark doesn’t approve of him but he joined the Night’s Watch and eventually became the most well-known person there.

And Tyrion Lannister, well everyone knows how cool he is as he defies his fate of being an unwanted child into probably the greatest character in the story.

So as you can see, getting downed by your weakness isn’t a reason for you to stop going.

It’s instead a reason to go on further by making that the fuel that lets your fire burn brighter.

In Game of Thrones, there are many Houses of certain families such as House Stark and House Baratheon.

These house consist of big number of people who take pride of their family house name which is really touching if you look back at see it again.

Not only that being concerned about your family is compulsory and important, it is also an opportunity for you to find shelter if you have problems in the future.

Arya stark was in trouble from King’s Landing but when she escaped, she has a relative that owns a castle who is willing to bring her in even though they are not that close.

In that war, everyone was looking for allies because you’ll never knew when you’ll need them.

The same goes for real life as well.

Although family is of course important, there are also good reasons as to why we need to maintain good contact and that is because we will be needing their help one day.

There are plenty of life lessons that can be learned from Game of Thrones which can be applied in our everyday life.

But the most important ones are often the most basic ones that we often understood like caring about our family, not letting people step on our heads, and of course, always expect that things may not go according to plan no matter how well we plan them to.