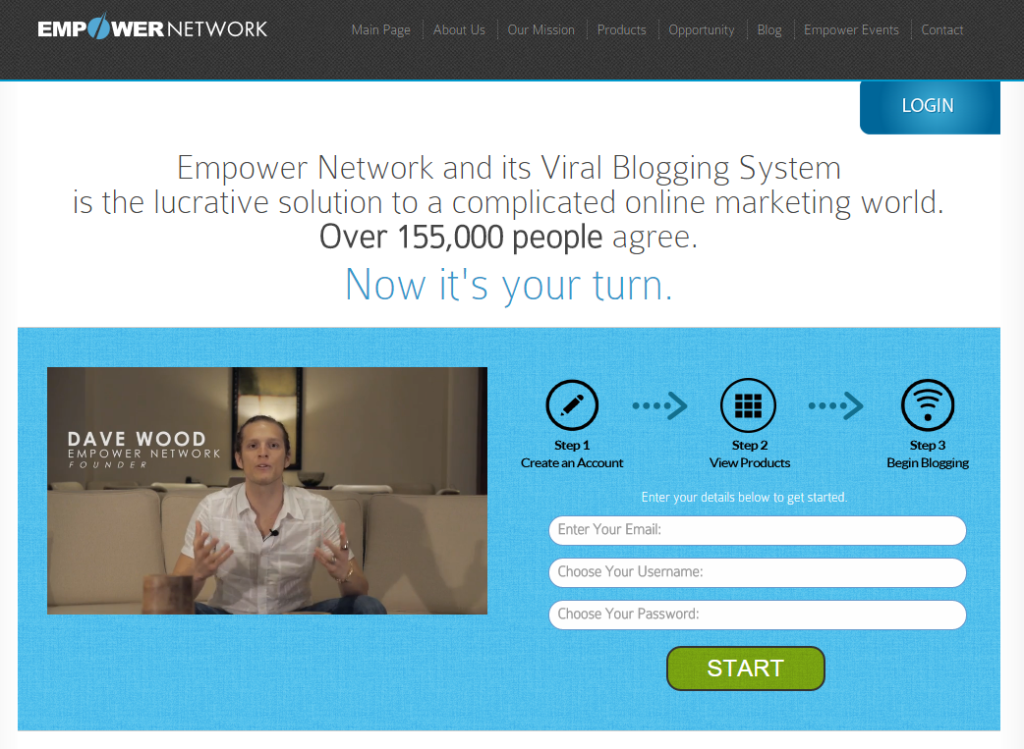 Finally after so many requests, here’s my full review of the number 1 MLM company and biggest scammer in the World, Empower Network (EN).

Every internet marketer knows of Empower Network’s credibility of being the master of scams, we even know what to expect whenever they do sly tactics to capture our attention so we know when to avoid them.

However for those new to the world of internet marketing, Empower Network looks very promising which they would most probably end up joining (I too, was tricked to join when I first heard of it).

So do continue reading the rest of my review to find out the whole story about this particular program.

What Empower Network is all about?

Empower Network is a downright scam that focuses mainly on MLM and that means, you need to “trick” people to join in order to make money.

Empower Network over the years are creating a negative impact on people, so much so that more and more people are realizing how much of a scam it is.

Apart from that, the products revolves around personal development which makes it even harder to sell as not many people see that of a thing of value, especially with that overly expensive price they’re charging you for.

Because of this, it’s getting very hard to sell Empower Network’s products year by year so the only way for you to sell, is by tricking people.

With all the stress Empower Network have put me through, I’m afraid there will be more Cons that I’ll be sharing out of personal experience rather than the Pros: 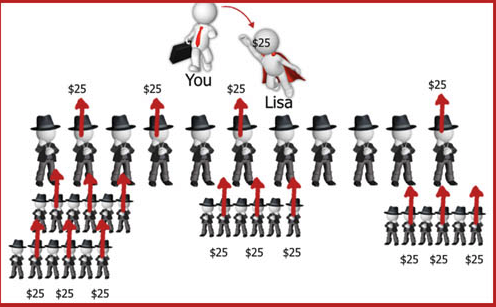 Every MLM company has a compensation plan, and Empower Network’s one is no different.

As a pyramid scheme, you earn more money the more people you manage to trick into joining.

And as you create more down lines, those who will be making money will automatically have a certain percentage of that money be coming all the way back to the top of the pyramid scheme – you.

But as fun and easy it is to think that you are at the top and that you have an army of down lines underneath you, you actually AREN’T!

In an MLM world, the founders and those at the top tiers are the only ones who will always be making more money then you which means that as hard as you work, you won’t ever get to beat them because you are actually making them more money instead.

Tired of Getting Scammed by MLMs? Get REAL Help Here!

I have to warn you, it is normal for MLM schemes to overprice their products for things you could otherwise get for free and are even more effective.

Ready? Here are their products:

Sure $25 a month sounds cheap but you’ve merely scratched the cover on Empower Network’s pricing plan.

Blog Beast is what you get when you first join Empower Network which as the name implies, a blog for you to have.

However in my personal opinion, their blog is of low quality because you will be tied to EmpowerNetwork.com which Google search engine have considered a spam.

The blog is of low SEO which is not worth having because it would be extremely hard to get it visible within Google, ESPECIALLY when every one of the other members have one too, and they are doing the exact same type of blog.

And when joining, you have to agree with a disclaimer saying that you don’t own any of the content you create which means that the blog DOESN’T even belong to you!

What kind of sick trick is that??

You can get better far superior blogs for free equipped with specialized help elsewhere.

But believe it or not, even after joining and paying $25 a month, you WON’T get to sell it and make money YET because in order to do so, you will need to buy…

This is by far the most ridiculous thing I have ever heard so out of curiosity, I did a little research of my own as to why you need an e-Wallet because face it, we can use PayPal or our cards like on other websites right?

The reason for this is simple – Credit card companies even PayPal DOESN’T accept transactions from Empower Network because it has been marked as a SPAM for a very long time (Serves you right).

Because of that, Empower Network doesn’t have a way to pay and get paid so they took the initiative of creating their own electronic bank.

Inner Circle is an even bigger lie because it doesn’t exist – There are no circles at all!

It is basically a set of audios but there are no mastermind groups where experts share thoughts.

Instead, it is only a license for you to “Sell” it in order to get even more profit.

Talk about a bunch lies!

If you’re searching for a mastermind or a group which shares similar goal and passion as you, there are always better and free ways you could find communities.

This is a video series that is based on a private 3-day retreat which was held near David Wood’s mountain home in Costa Rica.

And as you might know, MLM schemes love to show off luxurious pictures and videos to make you envious and jealous enough to fall into buying.

This package consists of 9 set of videos aimed at helping you broaden your marketing platforms.

It teaches you how to market Empower Network through social media but actually this is pretty much useless because even Facebook and Youtube are banning Empower Network as it is a huge international red flag.

But even if YouTube and Facebook allowed Empower Network to be promoted, who in the right mind would pay $1000 JUST to learn social media marketing to promote a scam?

There are better places to learn social media marketing which would otherwise cost less than $50 or even free.

Who is Empower Network Targeting? 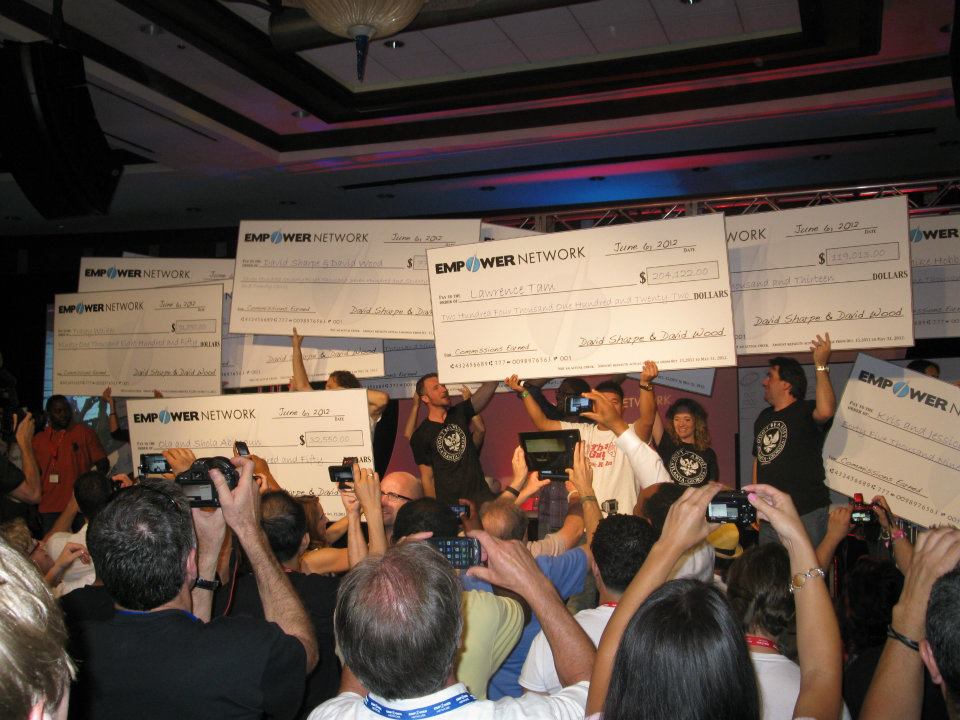 As I’ve said before, every internet marketer knows Empower Network and its unethical actions which is why we stay away from it.

So that leaves the target market to the others apart from us – the newbies and beginners.

Every day, there are thousands if not millions of people all over the World looking for ways to make some extra income over the internet.

Most of these people are fed up with their lives and have heard good tales of people making money over the internet so they decided to give it a try.

While searching for ways to make money online, they then come across this cool website called Empower Network, no doubt through ads.

After clicking, they were surprised as to how many people got rich online, ESPECIALLY with the convincing video and pictures of people with big pay checks.

Because of that, I’m writing this blog in hopes that people who read my review will know to avoid Empower Network than fall into their trap as how I did.

Does it offer ANY kinds of support? 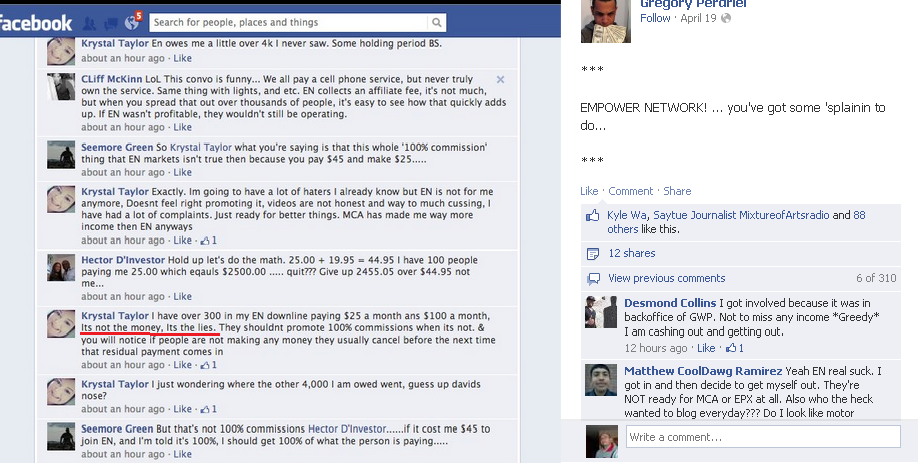 An argument and confession by an Empower Network user

Of all MLM companies I’ve come across, I learned to notice that support is their number one priority… or at least it should be.

Despite being an MLM scheme, it is also a people game which means that they are usually nice to people as the reason they talk to them in the first place, is to convince them to join right?

However when inside Empower Network, you would be surprised as to how cruel most of these people are.

They told you that you are growing your own business yet they scold you and mock you for not working hard enough to grow it.

I would understand if I’m working for someone in a shop for example, and getting regular salary from a boss but this is totally a different case!

I’m paying to join, and I’m getting scolded for not working on my own business that I spent money on?

What kind of mentality is that??

Besides the immense pressure and harassments, support is also very lacking within Empower Network.

To get support, you need to join the inner circle which costs $100 and that in fact, isn’t actually support, it is instead a set of videos.

The Empower Network owners are always busy entertaining and “inspiring” the crowd so no, you don’t have support here.

Your best bet, is to find a fellow user and ask him directly.

There are just so many things I could talk about Empower Network but I am not the only one who was scammed, there are many more people who experienced similar and worse things than me:

Complaint 1: A threatening letter send to a friend of mine by Empower Network

Complaint 2:  A not so favorable review of Empower Network from a former member.

Complaint 3: A chart of how Empower Network complaints are increasing

Complaint 4: How a friend of mine lost $8,500 on Empower Network

After leaving Empower Network, I jumped from scam to scam and in the end stumbled upon a legitimate and low profile online business course called Wealthy Affiliate.

I was surprised as there were no upsells, no hype, and no welcome videos to make you all hyped up to join which made me curious to try as it was free after all.

I was amazed at the evergreen lessons and lively community helping you build and grow your business online which I then decided to share with the world and help many other like me avoid pitfalls and get on the right path: 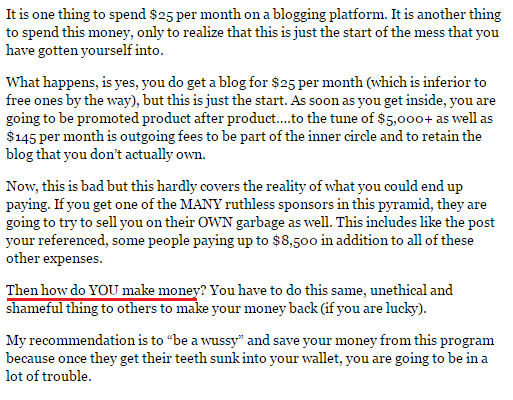 Another complaint by a former Empower Network member

I don’t have to tell you now as to how big of a scam Empower Network really is.

Due to the lack of support, the harassment bullying tactic, threatening messages to people backing out or voicing out against them, overly priced items which are worth nothing, and being a scam so bad that even merchant banks and social media are blocking them, I would say that Empower Network is definitely a SCAM and receives a rating of only 10 out of 100.

Phew, took me 4 hours to write all of this down.

So if you’re interested in starting a viable business ethically and legally, I would advise you to check out my #1 Recommendation instead.

Also If you have any personal experience whatsoever regarding Empower Network, do share them below as I’d be more than happy to hear them out 🙂 .

17 comments to “How Empower Network is a Scam? I Can Help You With That.”