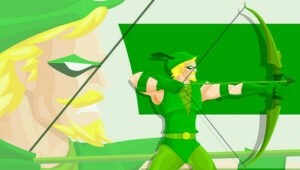 Have you ever felt inspired by watching any superhero films?

There are many awesome superhero movies today that inspire the little people like me and you to pick up our bows and start shooting. Movies like Batman, Superman, Ironman and even Spiderman has an amazing effect on us which we didn’t even know of.

I don’t really like to share my personal side with others but today I decided to give in. Personally for me, I love Green Arrow very much because I can really relate to him.

Sure he doesn’t have powers but unlike Batman and Ironman, Green Arrow still has a family that he cares for so his life is not all about fighting crime.

Although he depends on his mother for his wealth, he doesn’t let that spoil him. He is always ready to take over his family business and at the same time, control his own night club.

Reading comics and watching shows about Green Arrow (Awesome series) since young has always got me thinking, what if my family isn’t there for me anymore?

What ever should I do then?

More importantly, how do I survive and pay for the house?

What can I do if my parents are in trouble?

Those thoughts got me thinking since young until now and that’s what made me took action. I don’t want to be put in a situation where I am powerless to do anything.

At least if I have money, 83% of problems in life can be solved so that’s exactly what I did.

With that thought in my mind, I began my journey for financial freedom 4 years ago in 2010. The road was perilous but in the end, I managed to get through and true enough, my parents did encounter problems and most of them were about money.

And guess what, I managed to save them. There were well in debt after being tricked to investing but I came in and helped settle their loans.

Now I’m 24 and to my parents, I am already a white knight.

And how do I do that?

I’m currently in the process of building a company but the least I can do to help you out in your is by recommending you to Wealthy Affiliate, where I finally made my first dollar online. I did a whole review about it too, click here to check it out.

So what’s your favorite Superhero?